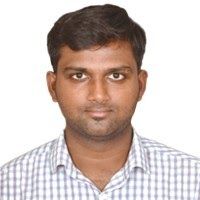 Since its initial release, we’ve refactored our JavaScript SDK multiple times, and we’ve written about how previous improvements reduced execution time from 200ms to 20ms.

Since then, the JavaScript SDK has grown in size as we’ve added support for new device-mode integrations. It became bulky enough to start impacting load times, so we recently introduced a new, optimized version of the SDK.

Here, I’ll detail the improvements made with this refactoring, walk through our team’s decision-making process, outline the tradeoffs we considered, and showcase the results of our work.

To optimize the size of the SDK and improve its performance, we focused on three key items:

Freeing the SDK of integrations code upon build

*The hosted location defaults to RudderStack’s CDN. In the case of a custom hosted location, this can be overridden via the 'destSDKBaseURL' option in the 'load' call. Additionally, SDK determines this URL based on the script tag that adds the SDK on the website (provided the file name is still “rudder-analytics.min.js”).

We removed as much bloat from the SDK as possible. This included dead, redundant, and deprecated code along with deprecated auto-track functionality.

Wherever possible, we replaced third-party package dependencies with lighter ones. A few cases required custom implementations in order to achieve the results we were looking for.

Why did we decide on this approach?

By design, all the device-mode integrations are independent of each other, so it didn’t make sense to bind everything together as a single piece. Moreover, because each customer will only connect a subset of device-mode integrations to their JS/web source, loading only the necessary integrations on their site is the ideal scenario. These improvements also involved minimal changes to our SDK and processes when compared to other alternatives.

One alternative we considered was to dynamically build the SDK with necessary integrations when the request is made to https://cdn.rudderlabs.com/v1.1/rudder-analytics.js/<write key>. Using this approach, the device-mode integrations are packaged with the core SDK and delivered based on the write key provided in the URL.

We saw a few disadvantages to this approach:

What tradeoffs did we have to make?

Fortunately, this refactoring didn’t involve any major tradeoffs, but there are two worth noting:

Problems we had to solve

In v1, all the integrations were exported from their module as the default type. We had to convert all of them to named exports for them to be dynamically loaded. See the below example:

Additionally, we had to write a script to build all the individual integrations in one go. This is what allows us to deploy the integrations along with the core SDK.

Results of the refactoring

Our new SDK is lighter and faster than the previous version. To put it into numbers:

Check out the PR for the refactoring on Github.